gotta cut the sugar out 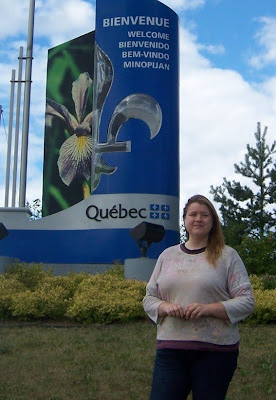 Hey. I haven't posted because I haven't gotten myself back on track. I mean, I do for about a week and then some kind of confusion or slackness or project gets in the way. It's been a long process of going from small allowances to getting pretty much right back where I was in the very beginning. The most recent thing to get in the way of my efforts was an impromptu road trip that wound up taking a week and was a lot of driving and rushing and sleeping in the car. Right now, I'm expecting to take several days to go camping with Dad, so it doesn't seem a good time now to get back on it either. But I'm looking at several empty boxes of Fiber One bars on my bed and knowing that the reason I binged on them was because of the sugar. Clearly I need to go back on the Glycemic Index plan and cut the sugar out of my diet in order to restore order. And next time I get to where I feel confident enough to give myself tiny little allowances, I will remember this. Sugar is my major downfall. I was balanced pretty good there for a while but the monster grew large. I've been on large amounts of it daily for a while now. I watch it happen and remember not too long ago when things were different. Yesterday I took my picture and didn't like my face - that's a big difference from my pictures where I thought it was hard to take an ugly picture of my face. And I weigh about the same now as I did then, so it could be that the bad foods are making my face puffy and lumpy in ways that they were less so before. (Just call me the queen of confusing sentence structure.)

I don't feel drastic and I'm not beating myself up, but I do feel confused when I watch myself go through the process of binging.

Diet's not the only place I'm letting things get possibly out of hand - I'm also just not even paying attention to the whole making money thing and yet I am spending. I figure this will last until the theatre season starts up again in a couple weeks. Right now I guess I'm on summer vacation.

I don't weigh myself much anymore (compared with every day before) but I think I'm at about 220-225.

So just letting you know that I keep getting delayed but I am consistently aware that things are getting to a point that I can't let it go on like this forever.

I also haven't been exercising not on much the road trip or since the road trip since I've been focused on blogging about it - and not just writing out my scribbled thoughts like I do here, but actually kind of trying to make a real blog out of it, and practice journalistic skills and layout and organized writing. Really put some effort into doing it right. I'm afraid I fell far short of that, but I hadn't planned to do it before and so I wasn't as well-prepared as I might have been. And after all that effort, it doesn't seem to be anything my friends are actually going to read anyway. My parents said they wanted more information, but my friends probably want less. Anyway, I had to rush to get it all out and done before I forgot it or lost momentum, and it took all week! Amazing!! Between that and the road trip, it's really starting seem like things are taking 7 times as long as they should!!

Now that it's done, though, hopefully I can start pushing through on some shorter tasks that need to get done. It'll feel great to make some progress.
Posted by Hallie at 2:50 AM