current pics, and yet another rededication 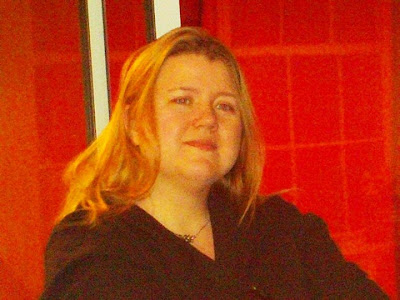 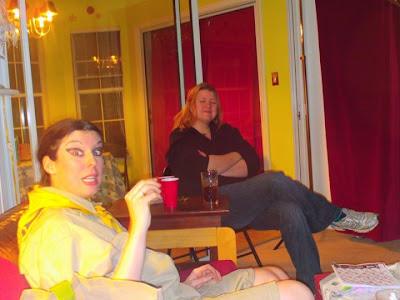 Found these pictures on Facebook. They were taken a week ago, while everyone was talking about how good and thin I looked. I knew they were taken and I wanted to see how they came out. I have a history of not looking at all good in pictures, so not really liking to be photographed that much. I hoped, as the photo was taken, that I looked okay... I don't know. My initial reaction was a little not so good. Anyway. Sometimes I feel like everyone else is good-looking - then I remember that actually, not everyone is, but most people are (contrary to what you might have heard).

So I still have a lot of weight to lose. As of now I'm off the chocolate for a while, again, and I'm back to strict adherence to the ediets meal plan, and I'm back on the Glycemic Index, and apparently down to 1500-1600 calories per day (at least as ediets counts it.) I'm now impatient to achieve the goals I've been talking about for the past 3 months - 2.5 - and no longer deserve any leeway. I will do it for at least a week, tabling all desires and cravings for a later day. Possibly and very possibly this is the plan until I get to 198, we'll just see how it goes. Honestly, last year social withdrawal played a big part in the psychological mindset that was successful at sticking to it. I don't know, something to do with not feeling like there was anything out there for me to be drawn to, so I could focus entirely on life on my own schedule, encapsulated in my own immediate surroundings. At this time, though, there are possibly a person or two that I want to keep doors open to. It's hard to describe, unfortunately. I will reassess after I get to 198. It worked before, let's hope it works again.
Posted by Hallie at 7:41 AM